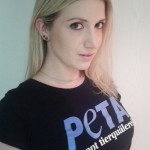 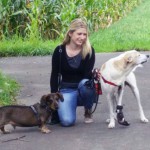 Meet here the woman with one of the biggest hearts I know, Bella! I met Bella on a shoot in Lisbon, Portugal. Back then she was one of the grapic designers for this company. She still does lots of creative things, but now a days she works for PETA and Vegan City Nights! Read her amazing story!

When I was a little girl my family and me used to spend our holidays in France. I remember that one day there was a man at the beach, who was shouting at his dog and strangled it by brutally pulling its leash. The dog was literally hanging on that leash and its feet struggled in the air. Seeing that gasping dog made me very angry, but I was too afraid to do anything. Suddenly my father jumped up and yelled at that man like crazy and told him not to torture this animal. – I’m pretty sure the world stood still at that moment and I’ve learned never to be silent, because animals can’t speak for themselves.

Many years later I saw an undercover slaughter video of the animal rights organization PETA for the first time and asked myself, why I cared for dogs or cats, but supported the cruelty against other sensitive and intelligent beings by eating meat. Honestly, who are we to decide, which animal is supposed to live and which animal is supposed to die, which one is a beloved “pet” and which one is “livestock”?

Over 30 chickens have to “live” on one square meter for their whole short life if they weren’t sorted out as a baby and put in the shredder machine (www.facebook.com/gary.yourofsky/videos/893035147418401 ). People feed large amounts of antibiotics and drugs to keep them alive in conditions that would otherwise kill them. After 5 or 6 weeks they are killed and transformed into food, although they could become 20 years old! But that’s just one example in a million: so many different animals are tortured in so many different ways and besides that the meat industry destroys our planet . We have supermarkets full of delicious foods and we don’t depend on eating animals anymore. After thinking about these things I’ve decided not to support this cruel industry anymore and I became a vegetarian.

After a few years I also realized that cows give milk for the same reason as human beings, in order to feed their babies. So we actually drink mother’s milk of another species. Because of this, calves are torn away from their mothers within 1-3 days after they are born. Male calves are killed, females will also spend the rest of their lives as milk machines . (http://www.peta.org/features/dairy-industry-cruelty/ ) I also read that millions of male chicks are killed by the egg industry every year. (http://www.peta.org/features/egg-industry-cruelty/ ) – That was enough information for me to become vegan.

Now I work for PETA Germany (www.peta.de ). You might know our crazy campaigns with celebrities or our undercover investigations, but we also talk to politicians, take legal actions, organize demonstrations, and more. My colleagues are all hard-working, well-educated, amazing people and we’re lucky to have adorable dogs in our offices in Stuttgart and Berlin. I’m a social media coordinator, so I raise my voice for all the tortured animals out there. Every day I report about new and old animal issues, create pictures, write texts and interact with nearly 500,000 followers. (https://de-de.facebook.com/PETADeutschland ) On the one hand it’s tough, because you have the whole animal exploiting world against you, but on the other hand I do have an amazing job: we’re able to show people the truth about animals in the clothing-, entertainment- and food- industry and report about animal testing and companion animals. Every day people thank us for opening their eyes and tell us they won’t support cruelty against animals anymore. So I guess the world slowly becomes a better place for animals. 🙂

– 50 g cashew nuts (if your blender isn’t that good, put them into a glass of water overnight)

– a handful of rocket salad

Put everything in your blender and serve it with deliciousitalian pasta. (Italian pasta is always without egg.) 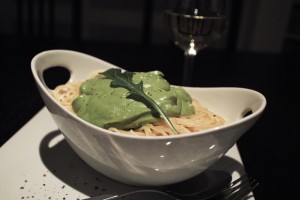 Enjoy! And in case you’re wondering: There is no nutritional need for humans to eat any animal products. Cutting animal products from your diet is even healthier. 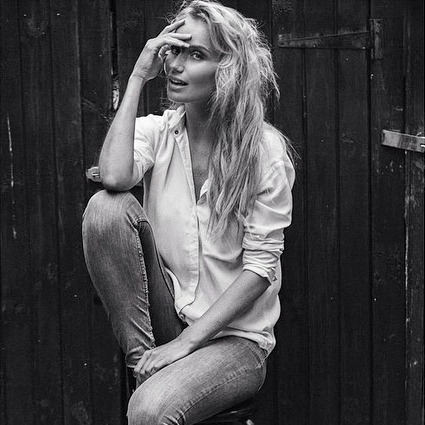 My name is Elze-Mieke, a creative soul from and based in Holland. I am the kind of woman who loves too many things. Through this blog I want to share with you some things that control my life in a positive way. My life as a model makes travelling easy and frequently. I would like to share the gorgeous places and hotspots I visit by writing stories about my travels and adventures. In my career I have had lots of different looks for my shoots and commercials, and I have also had the chance to spend a lot of time with make-up artists and other models. Therefore I will also keep you posted by writing about beauty, cosmetics and looks. As we all know beauty has a lot to do with the way you live your life. A healthy lifestyle must come first. That's why I will share with you a taste of another obsession of mine; food. Here you will find a lot of delicious recipes for simple meals and drinks. Then at last I will blog about fashion, a huge passion of mine. My style is a mix of the latest trends, mixed with items I bought earlier, unique vintage pieces but always with a feminine classy touch.

My quote for life: 'Don't take life too serious, make it your own beautiful playground'.